Chakra. Yoga. Mantra. Kundalini. Shakti. We are in the midst of a Sanskrit renaissance. The language and ideas of the world’s ancient sages are steadily percolating upwards from the caverns of antiquity, drawn out by the call for guidance. Indeed, many of us are actively looking to our ancient traditions for direction and hope, as this world faces division and turmoil. As one of the oldest revived members of the Indo- European family of languages, Sanskrit grants us a connection to those ideas and teachings that have nurtured much of humanity’s development for 5,000 years. What is more, the Vedic tradition (Sanskrit is the linguistic vehicle) has given humanity some of its most profound tools for personal development and spiritual living the world has known.

Many of us have by now attended a yoga class (yoga is a member of the Vedic tradition) and felt the inner connectivity and inspiration that arises with the practices. If you have been fortunate to hear a teacher chant a properly pronounced mantra, you probably experienced the tingling sensation of those sounds, as if they were musically composed, reverberating along your spine, giving you a sense of peace and heightened awareness. The awareness practices of yoga find their home among a large body of Sanskrit works that form a profound tradition of knowledge. In the same way that Italian has a multitude of words to describe artistic style and form, does Sanskrit offer a plethora of vocabulary to describe our inner and outer world, defining the categories of  subjective and objective existence and the threads that lace them into one. 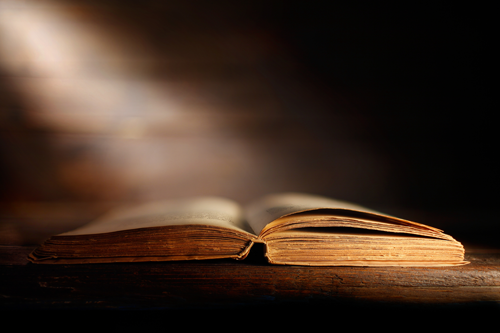 Sanskrit is a language of spirituality, with a staggeringly large number of works composed with the aim of bringing an individual into an enlightened experience of reality by means of the precise sound and arrangement of words. Name (sound) and form (meaningful arrangement) give perceptual structure to the mind, their relationship intertwined . Try to name something that does not exist, at least in part, and you will get the idea. In this way, the mind reflects existence itself, which is a dance of sound vibrations coming together and taking form. Being such, well orchestrated and meaningful sound vibrations are the food of profundity that transform our perceptual experience. Our teacher, Hart de Fouw, has said that “a Sanskrit knowing person understands not only Sanskrit, but begins to fathom the essence of language itself. He or she assesses the very source code of deep human knowledge, conceptual relationships, and symbolic discernment.”